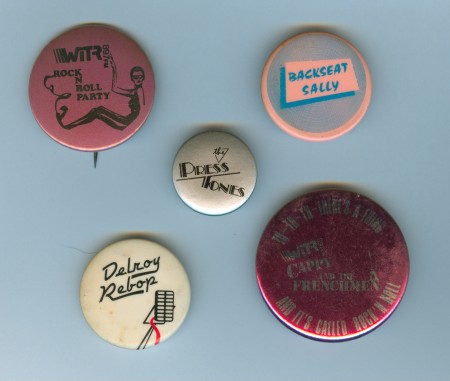 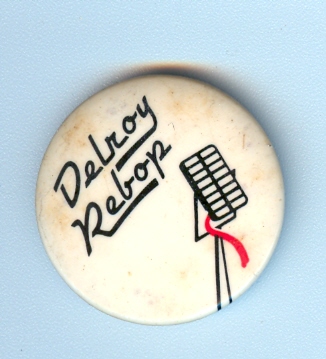 I guess it all started around the late 1970’s. In high school, I kinda got off on pissing-off the Hilton farm boys  that teased me about music. All you would hear is Lynyrd Skynyrd, Genesis, and Stanley Clarke jazz. I was going to train to be a DJ, but sadly our equipment was busted and there were only a few Beatles records worth playing. I never became a DJ at school, but had a reputation for liking alternative stuff and hung out with similar people. I kept buying cool albums, 45s, and 8-tracks that were rebellious or non-popular items. I scoured every budget bin. I was a DJ in my short college days, mostly at parties and a couple bars later on. I hadn’t quite appreciated hard Punk Rock like the Sex Pistols or stuff like Iggy Pop or Johnny Thunders until I met Luke Warm – the most infamous DJ at Scorgies. He often mocked my occasional Fleetwood Mac, Boston or Foreigner T-shirts left over from that time period. My neighbor, Mike Murray (from WITR’s “Whole Lotta Shakin”) grew up near me and is probably responsible for getting me into music and comedy (Ramones & Elvis Costello after school, Saturday Night LIve & SCTV late at night). We would try to outdo each others collection and knowledge of trivia. After seeing New Math open for the Ramones at the Auditorium Theatre, we were hooked on going to Scorgies every week.