A Message from Meegan 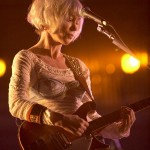 Meegan Voss of the Antoinettes

It’s hard to pin the best way to keep in touch with folks these days. Hardly anyone I know writes letters or sends postcards anymore. Pretty much everyone (except Duane and Paul & Peggi) relies on their cellphones and either doesn’t have a land line or barely uses it. Email is old school; and Instant messaging is passe.

Having said that, I set out this past August to connect with Scorgies alumni using Web 2.0 resources and social networking and was able to contact a wide variety of Scorgies alum (like Rock and Roll Joel).

Working on a tip from a blog comment, I discovered that Meegan Voss (of the Antoinettes) continues to create and perform music in NYC with her husband Steve Jordan (of Late Nite Band and Xpensivve Winos fame). Their band is The Verbs. Great music, neat stuff. I can envision a Verbs/Atmomic Swindlers/Velveteen Fox show right now! It would rock, totally! 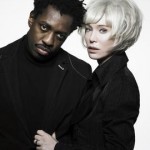 I was able to contact Meegan through the Verbs MySpace page and we exhanged smoe pleasantries. Here’s a message Meegan sent prior to the reunion:

You know Stan, I wanted to say “thank you” to Don because he was always supportive to The Antoinettes and gave us such great gigs. Our first was opening for Marianne Faithful at Scorgies! I was trying to send a post to Scorgies but wasn’t able to get in. I also wanted to say that The Gun Club and Jim Carroll gigs were some of the best that I’ve seen still to this day. It was such a great stage to play and the room lent itself to comment from the audience. It was always a happening. I don’t remember a dull show, do you? It’s an absolute crime the place isn’t still open and rocking. There was a club in Syracuse called Jabberwocky that should never have closed as well. Do you know how lucky we were to see these incredible national acts just breeze through our small city? Steve, my husband, never ceases to be amazed that I’ve seen pretty much anyone who was anybody play in a small club with a small audience. I would love to be at the reunion but I’m in rehearsal. Our new album is about to be released so there is a lot of work to be done.
Thank you for contacting me about it. I hope you have a blast at the reunion.

p.s. tell the kid that worked at the record store that that was me and I say hi! I walked out when they wanted us to display all of John Lennon’s music the moment he was shot.