Reunited… And It Feels So Good 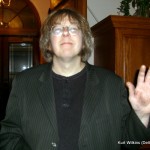 Kurt Wilkins of the Delta Rays and the Tinglers

What a show; everyone I’ve spoken to was totally blown away. I’m still firing on all cylinders, even a few that I didn’t even know I had anymore! I saw so many smiles Friday night, so many people genuinely happy to see each other.I only wish I could’ve stopped by Abilene to spend more time with everyone. But by that time my knees and feet were in need of hydrotherapy (too much dancing and bopping around trying to say hi to everyone!)

It’s hard to say without sounding too sappy, but one of the things I took away from my Scorgies days was a sense of community, I felt like I belonged there. Getting together with everyone at the German House re-affirmed that. While it’s been said that “you can never go back” that doesn’t mean you can’t have some fun trying to. 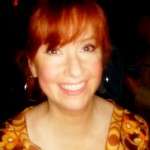 At the end of the show, someone grabbed me and asked me “Did I hear you right, did you say this is was the first Scorgies reunion?” when I replied that I had indeed said that; she replied “good! That’s what I hoped you said!” All I can say is that if Tom, Vanessa, John and the hard working BopArts crew want to do this again, I’ll be on board!

Check out some more photos after the jump: 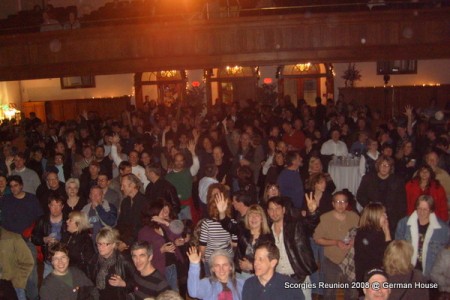 Photo from the stage before Personal Effects 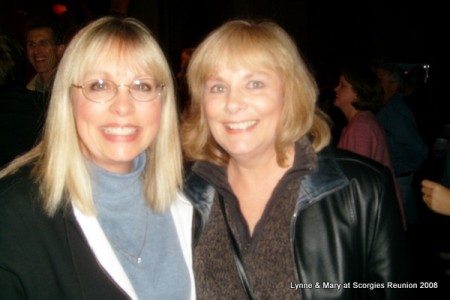 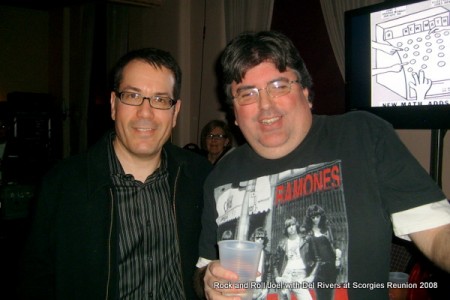 Rock and Roll Joel with No. 1 fan Del Rivers

Everybody who remembers Radio One on WRUR was excited to meet Rock and Roll Joel! He was quite surprised when he found out how many people remember him. Note: if anyone has a tape of his interview with the Cramps, he’d like a copy! 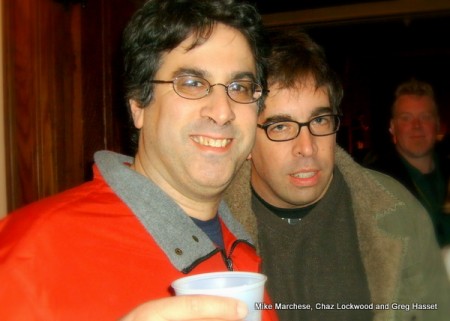 Mike Marchese, Cousin Chaz (Cousin Al, Invisible Party) and Large Marge (Koo Koo Boy) hanging around and havin’ fun. Chaz drove up from Baltimore (home to girlontheleft and Vic Tabinsky) for the gig, didn’t jump up on “Lust For Life.” However, Greg made it up there to pick up after after Cousin Ken “Cole” Stahl left the stage.